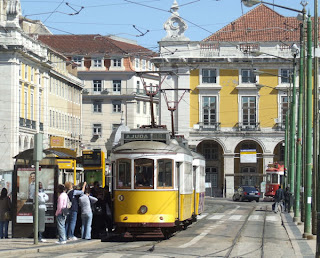 Lisbon is Europe’s westernmost capital.  Situated on the Rio Tejo (Tagus River), close to the Atlantic, the city was originally built over seven hills.  Lisbon provides an interesting contrast mix of the historic, in the heart of the city, and the modern on the waterfront to the north east.  And so it is with the transport system too. 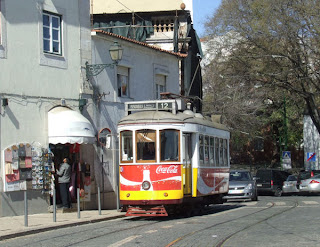 Lisbon’s older trams, dating from the 1930s and 1940s, are a tourist attraction in their own right.  Despite having undergone some modernisation, they retain much quaint charm.  The older trams operate on several routes, including lines 12 and 28 through the city’s historic Alfama district. 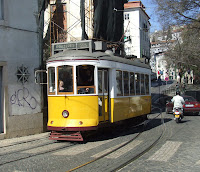 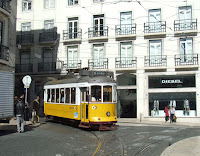 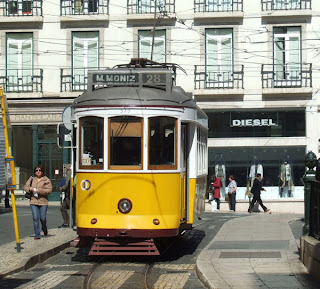 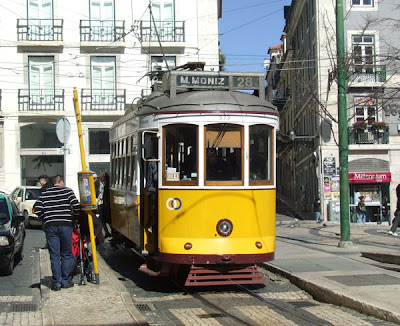 Quaint they may be, but the older trams aren't particularly welcoming to parents with small children in buggies. 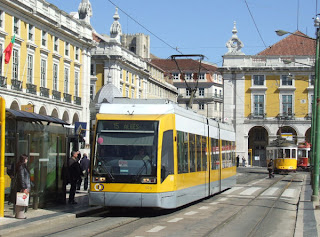 There are some modern trams too.  These operate line 15, from the city centre westwards to Alges.

Although the trams tackle some quite fierce gradients around the city, there are some which are just too steep for them.  Funicular systems operate on three of the slopes in central Lisbon. 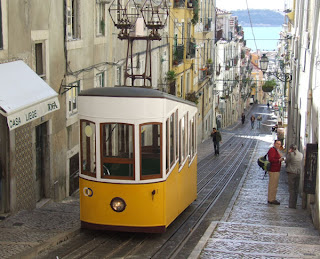 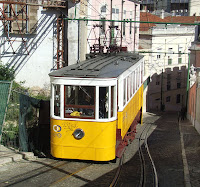 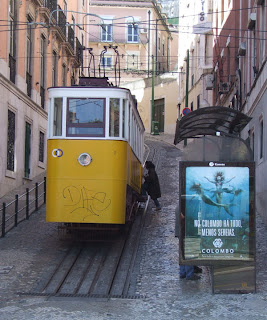 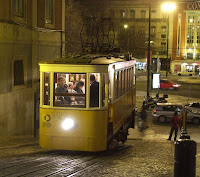 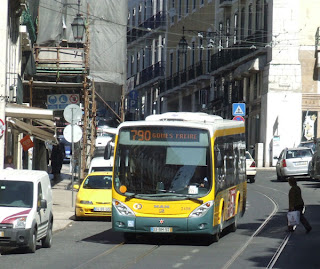 Lisbon has an extensive network of bus routes.  Buses are a mix of standard single-deckers and bendy buses.  More images, and details of the bus fleet, can be found on the Luso Pages website. 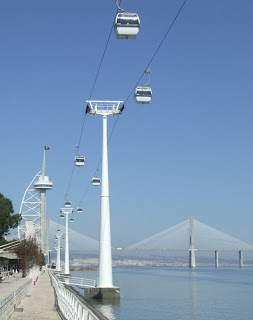 An area to the north east of Lisbon was developed for Expo ’98.  As a legacy, the site is now a vibrant mix of apartments, offices, shops and restaurants as well as tourist attractions.  The area is now known as Parque das Nações ('Nations Park').  One of the attractions is a cable car along the waterfront, but this is purely a visitor attraction - it does not appear on the public transport map.

The Lisbon transport network is co-ordinated by Carris – their website is here.