The 2012 Olympic Games have now happened.   After years of training, the athletes have competed.  Sweat - and tears - have been shed.  Medals have been won.  New records have been set.  London has been host to athletes - and many supporters as well as dignitaires - from all over the world.  At the time of writing this post, the Paralympic Games are about to happen.  However the Olympic flag has now been passed to Rio de Janeiro, which will host the next Olympiad in 2016.

While the Olympic Games themselves move nomadically from one host city to the next, the International Olympic Committee has a permanent headquarters, in the Swiss city of Lausanne.

Situated on the north shore of Lake Geneva (Lac Léman), in the French-speaking west of the country, Lausanne is home to approximately 125,000 inhabitants making it the fourth largest city in Switzerland.  Its transport network is co-ordinated by Transports publics de la région lausannoise (TL) - their website is here (French language only). 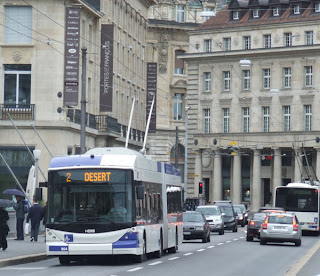 Lausanne is the largest Swiss city without trams.  Conversely, it is one of the smallest cities in the world to have its own rapid transit system.  On the city centre streets, however, you will find plenty of buses and trolleybuses.

The newer trolleybuses are low-floor articulated vehicles with 4 doors. 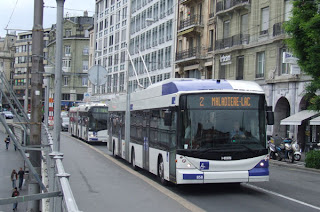 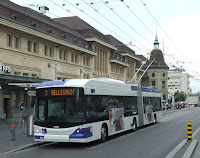 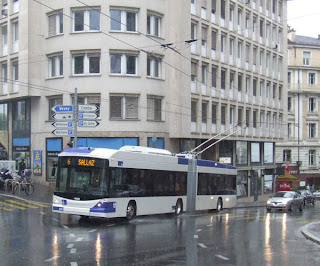 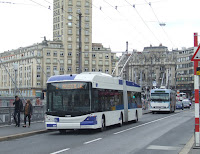 Although the newer trolleybuses are fully-accessible, a number of trolleybus routes are still operated with older, step-floor vehicles with 3 doors. 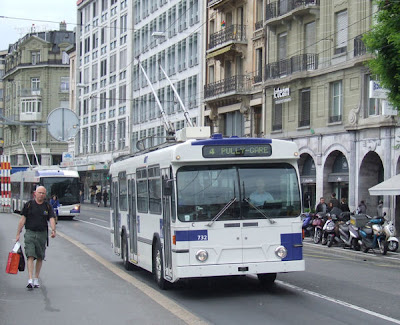 Nevertheless, many of the older trolleybuses operate with a low-floor trailer. 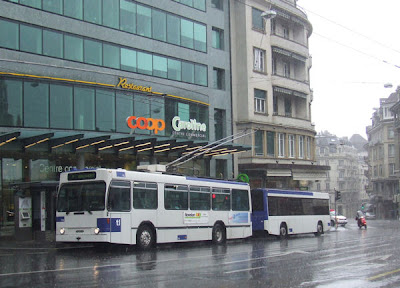 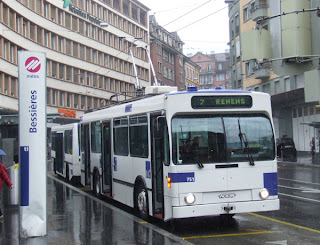 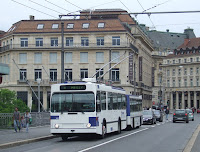 The trolleybus network is complemented by a number of bus routes.  Some buses are conventional single-deck 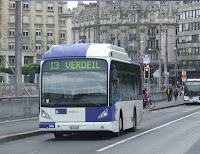 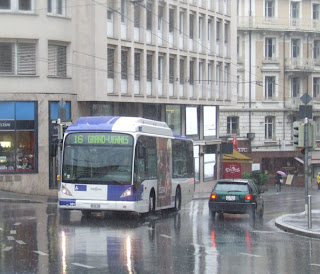 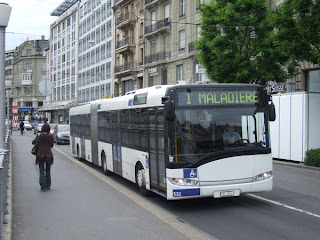 There are plenty of articulated buses too, with 4 doors. 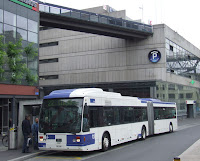 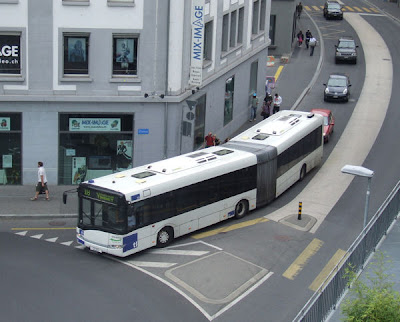 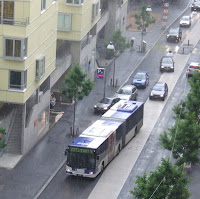 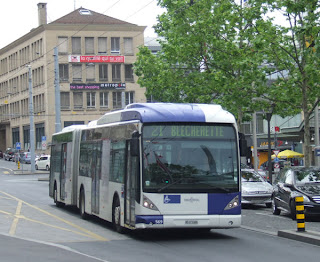 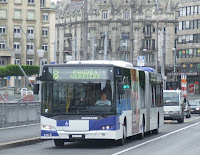 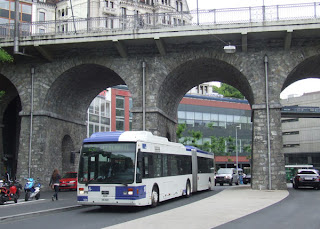 From what I saw when I visited Lausanne in May 2011, with the exception of the older trolleybuses all buses offered step-free wheelchair access.

Although TL's official website is in French language only, there is an unofficial network simulator, based on timetabled services, which is quite hypnotic!
No comments: