Denmark is not a place to go looking tram systems.  Three cities - Århus, Odense and Copenhagen - had them but the Copenhagen system was the last to close in 1972.  There is, however, a tramway museum around 65km from the Danish capital, near Roskilde.

There are not many places in Europe where double-deck buses operate in normal service but I found a small number of them when I visited Copenhagen in 2008.  These were high-capacity, three-door, tri-axle vehicles with British-built bodies (East Lancs Nordics) on Volvo chassis. 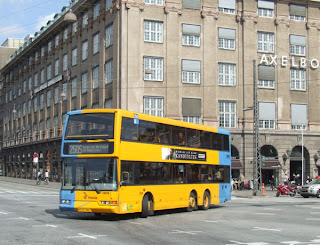 Double-deckers were in the minority when I visited - and in Autumn 2012, the last ones were withdrawn after 11 years' service.  Passengers had not taken to them, with few people venturing upstairs.

Other than the double-deckers, the buses I observed on Copenhagen's streets were single-deckers.  Some with two axles: 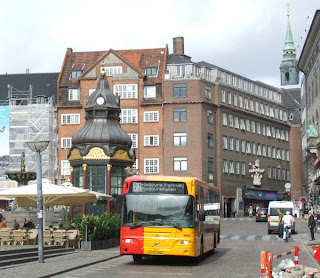 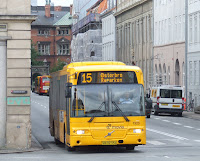 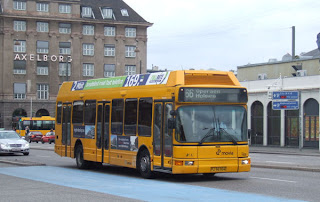 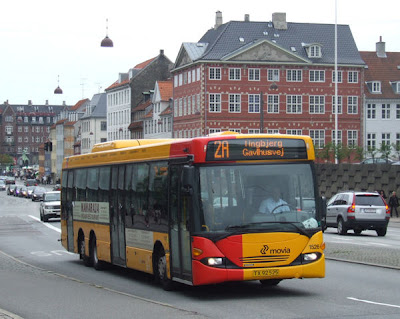 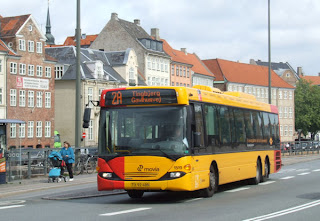 I saw no bendybuses in Copenhagen - at least, not on the city transport network.  But articulated passenger vehicles do nevertheless operate, as long-distance coaches. 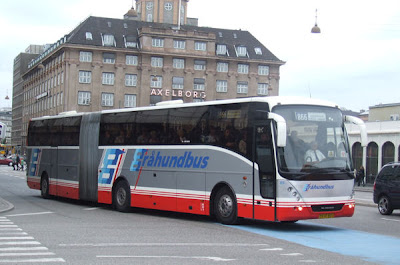