The small town of Saltburn lies on England's north east coast.  The town developed in the mid-19th Century, both as a seaside resort and also as a centre from which to exploit ironstone which was (and still is) mined nearby.  Today, Saltburn is home to around 6,000 people. 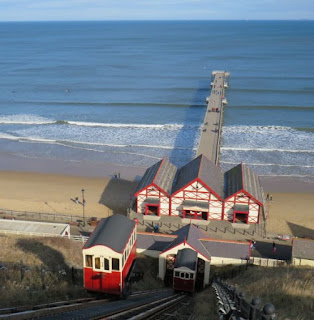 The town itself is perched on cliffs overlooking the beach and the sea.

A funicular railway was built in the 1880s, to improve access between the town and the seafront.  It remains in operation, at weekends from mid-March until October and daily during the peak summer season.

The funicular is powered using water, which is pumped to the upper station then into a tank in the car there, the car then descends by gravity.  The cars are joined by a cable, thus the descending car laden with water pulls the other car up to the top. 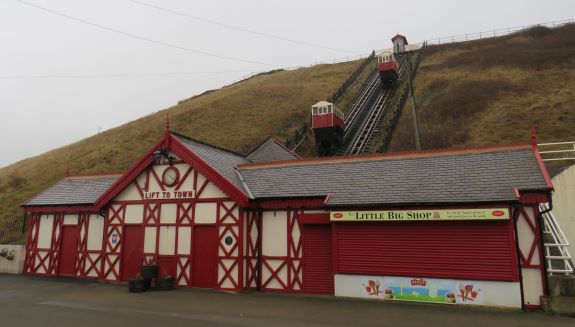 More information about the funicular - or the Saltburn Cliff Lift, to give it its proper title, can be found on the Saltburn by the Sea website.

The funicular is not the only railway catering to visitors to Saltburn.  The Saltburn Miniature Railway runs through parkland for about a kilometre from a terminus close to the beach. 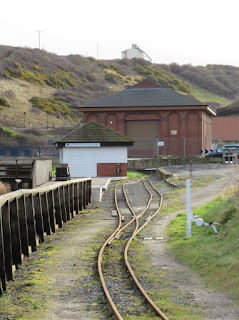 The railway operates from around Easter until the end of September.  During school holidays it operates daily except Mondays, otherwise it operates at weekends.

I visited Saltburn out of season, during early March 2019.  Neither the miniature railway nor the funicular were operating when I visited. 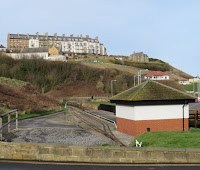 The bus services are provided mainly by Arriva, under their "Sapphire" brand.  Single-deck buses with a single set of doors are operated. 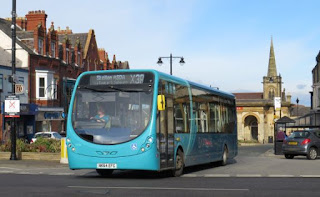 Routes X3 and X3A each continue hourly beyond Saltburn to nearby Lingdale and Skelton while route X4 operates half-hourly onwards to the town of Whitby, further along the coast. 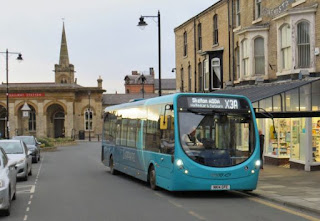 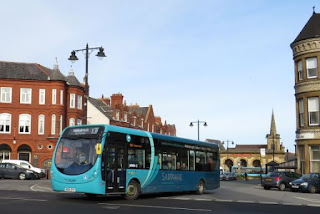 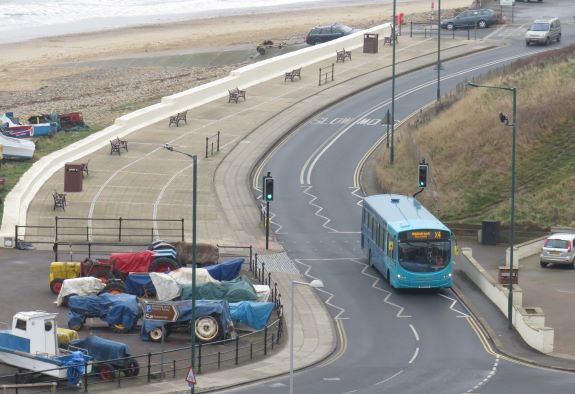 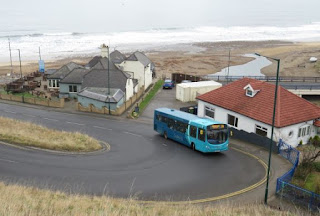 The route taken by the X4 as it enters and leaves Saltburn to and from Whitby uses Saltburn Bank, with a gradient of 1-in-4 (25%) and hairpin bends. 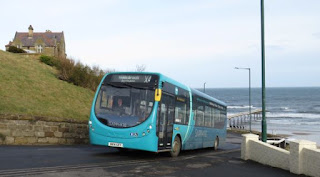 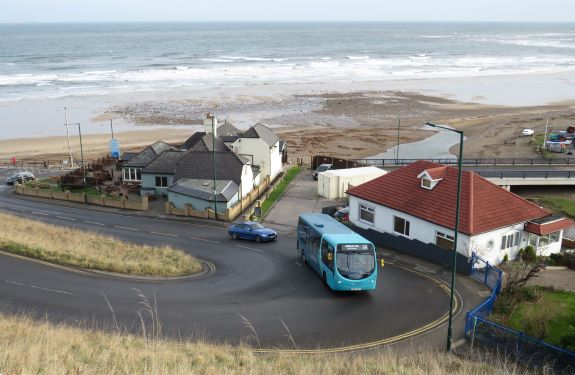 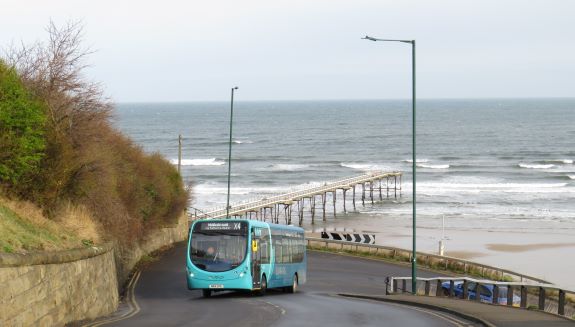 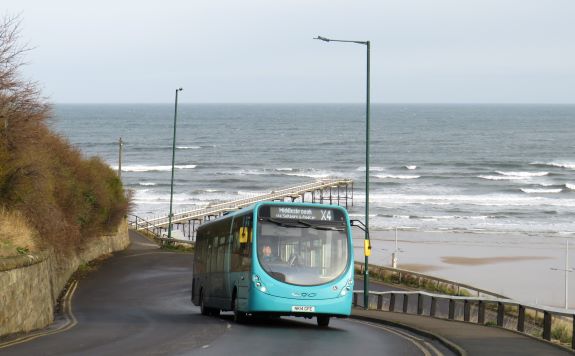 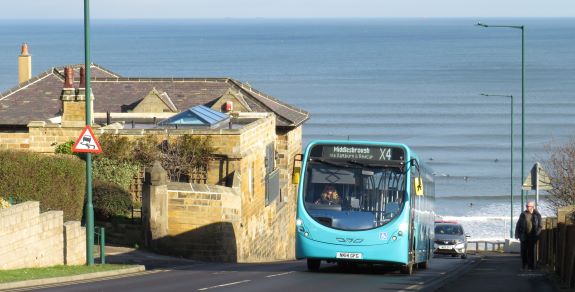 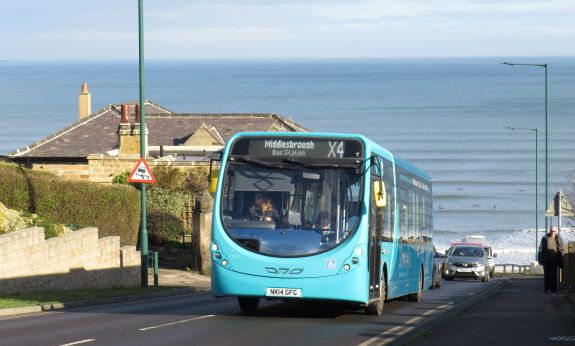 Route X4 is more than 50 kilometres in length.  This would require it to be operated in accordance with EU Drivers' Hours regulations.  These are more stringent than the rules which apply in the UK to scheduled bus routes of less than 50 km.

There is some kind of legal dispensation under which UK bus services can operate under domestic rules, even if they are more than 50 km in length.  They must be advertised as operating in sections (even if the bus and driver both complete a through journey, with nothing more than a change of destination display).  A number of operators take advantage of this dispensation - I have commented on it previously in posts about other places in the United Kingdom.

So, when passing through on their way to Whitby, buses on route X4 display Loftus (for Whitby) as their destination.  On reaching Loftus, the driver will change the display, then continue the journey to Whitby. 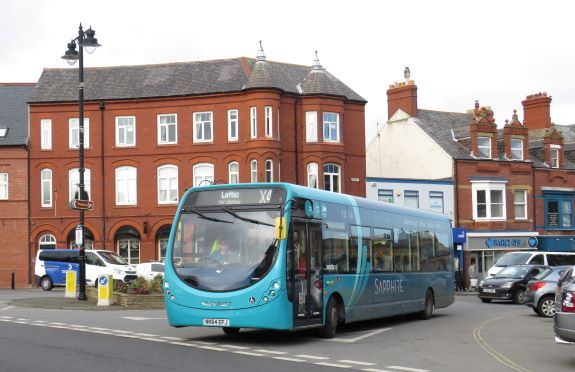 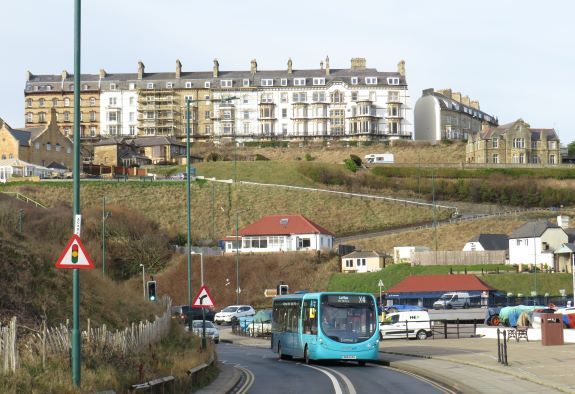 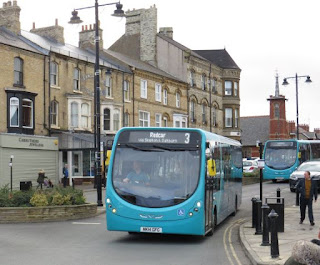 A slightly different pattern of services is operated on Sundays.

Route X4 runs hourly rather than half-hourly.  Routes X3 and X3A don't operate, but a service numbered 3 operates in place of the X3.

However, route 3 runs only as far as Redcar, with just the hourly X4 operating to Middlesbrough on Sundays. 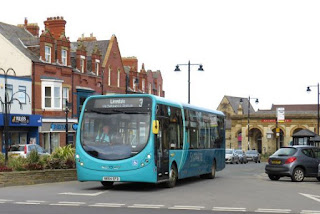 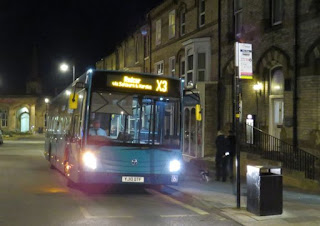 "Sapphire" is one of Arriva's premium brands, with buses advertised as providing high-quality seating and free wi-fi.

During the few days I was in and around Saltburn, I noticed several buses which were not to Sapphire specification operating on routes X3, X3A and X4. 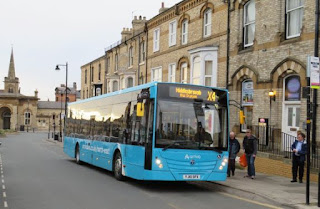 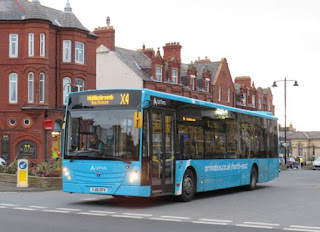 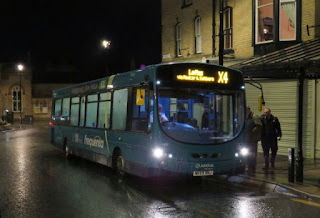 At least two were branded for a different route in the Middlesbrough and Redcar area. 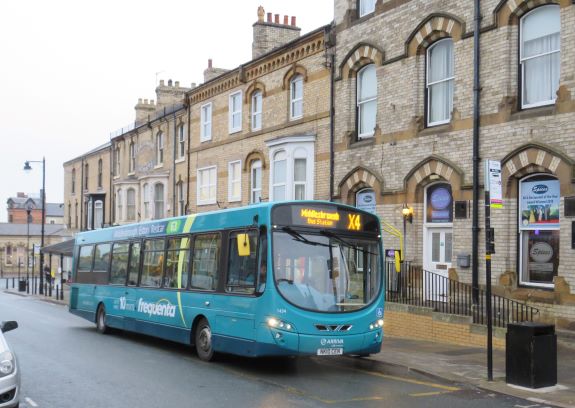 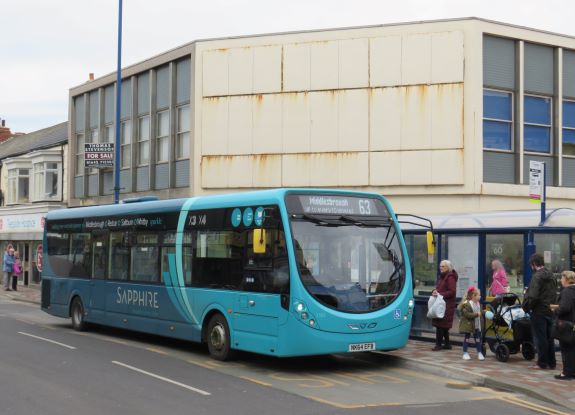 Fares on Arriva's services vary according to distance travelled.  Single and same-day return fares are available.

There is also an array of day tickets allowing unlimited travel, either within a specific area or on Arriva services throughout the north east of England.  In addition, there are day tickets which allow travel on buses operated by other companies, or on certain local rail services. 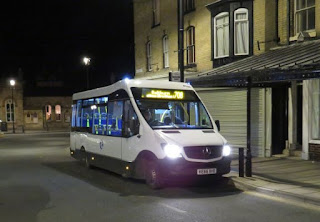 During the later evening, Redcar & Cleveland Council provides a minibus service numbered 708 from Saltburn to Lingdale and Loftus.

This service runs six evenings a week.  There is no service on Sundays. 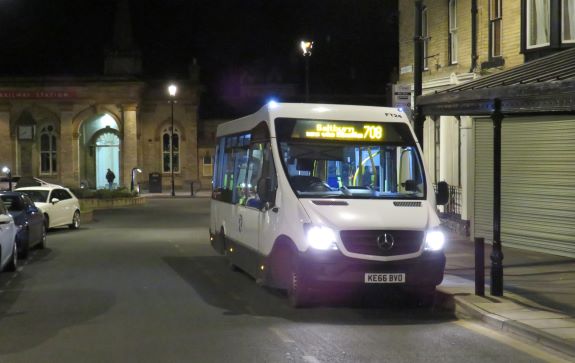 There is one other bus route serving Saltburn.

During the summer months, Moorsbus provides a network of bus routes to enable leisure access by public transport to the North Yorkshire Moors national park.  One Moorsbus journey leaves Saltburn on a Sunday morning, returning in the evening.

The Moorsbus network used to be funded by the North Yorkshire Moors National Park Authority.  However, austerity imposed by the UK government resulted in severe cuts to funding, which meant that the National Park Authority could no longer afford to provide the network.  Moorsbus is now co-ordinated by a team of volunteers relying on donations to keep a reduced network operating.

Finally, Saltburn is the terminus of a local railway line.

The main station building was sold off some years ago, and has been converted for other commercial uses.  Trains now serve platforms to the side of the building. 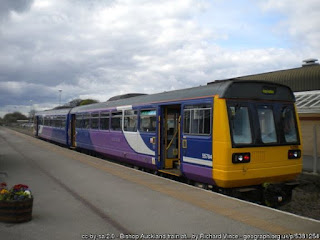 Trains generally run half-hourly to Redcar, Middlesbrough and Darlington, where there are main line connections to other parts of the UK.

It may be noted that Arriva's bus services duplicate and compete with the rail service rather than being integrated with it.

This Geograph image copyright to Richard Vince.
No comments: