The historic city of Split lies on the Croatian coast.  It is the second largest city in Croatia. 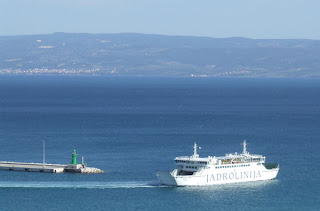 Split is an important ferry hub, with regular services connecting the nearby islands to the mainland, as well as sailings across the Adriatic to Ancona in Italy.  In summer months, ferries also operate along the Croatian coast, calling in at Split as they sail between Rijeka and Dubrovnik.  Many holidaymakers may just pass through on their way to or from the nearby islands, although Split is an attractive destination in its own right.

But what of the local transport system?

Buses provide the local public transport network in Split.  The vehicles are a variety of new and old, high-floor and low-floor, standard and bendy.

Amongst the modern vehicles in the fleet are 3-door, 3-axle single deckers. 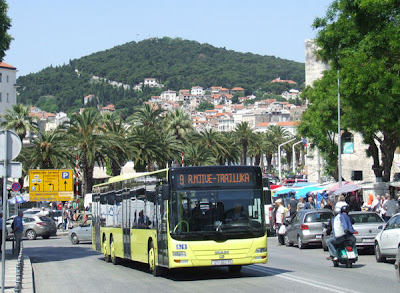 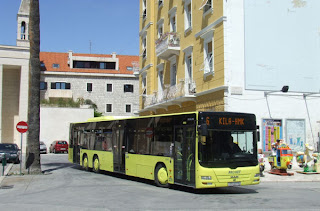 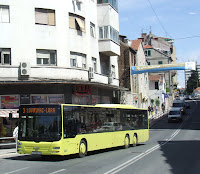 Other standard single-deckers have two axles, and two sets of doors. 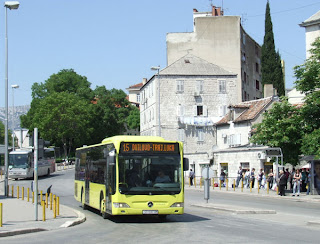 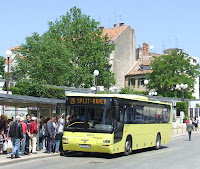 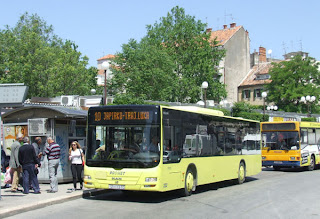 There are plenty of bendy buses operating in Split. 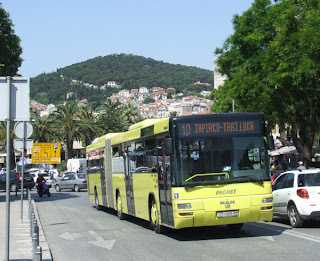 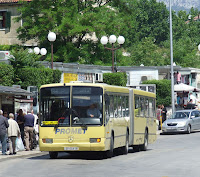 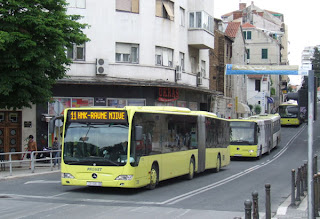 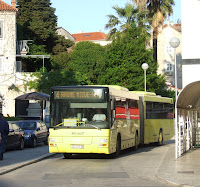 It is sometimes suggested, in debates about whether bendy buses should be used in the UK, that they are only suitable for "wide, straight continental boulevards".  Split has a number of narrow streets, which pose no apparent problem to the bendy buses which negotiate them. 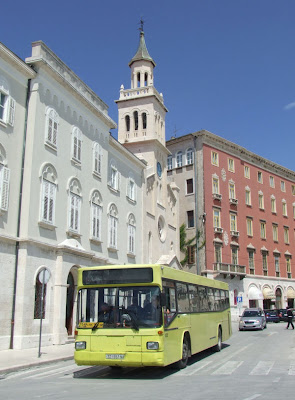 Older buses in Split look to be second-hand acquisitions, possibly from German cities. 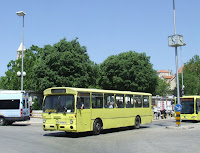 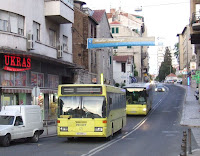 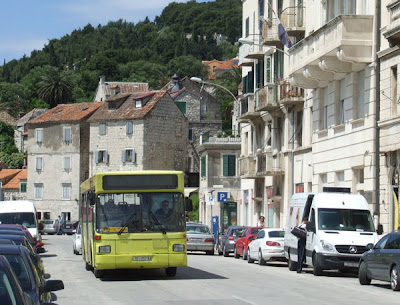 Some of the older buses still wear other colours... 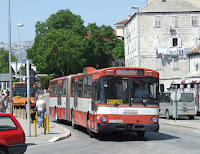 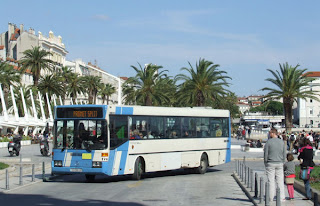 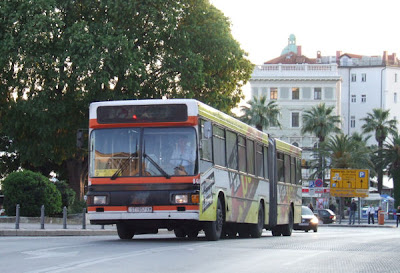 ... while many buses carry advertising liveries. 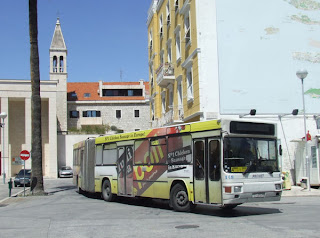 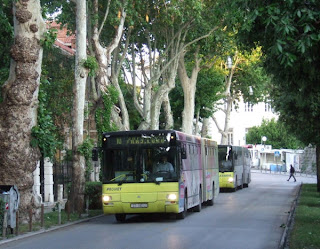