München (or Munich, in English) is another Olympic city, having hosted the Games in 1972.  It is Germany’s third-largest city with a population of more than 1 million, and is state capital of Bayern (Bavaria).  I visited München in May 2012. 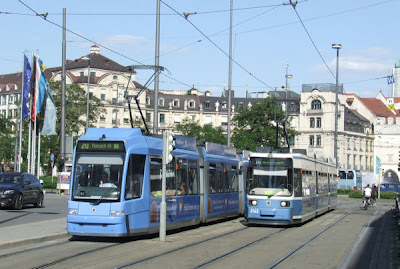 The transport network is co-ordinated by Münchner Verkehrs- und Tarifverbund (MVV).  At street level, the city centre is served by just 5 bus routes and 7 tram lines, which may at first seem surprising for a city of this size.  However the city centre, which is part-pedestrianised, is compact and is well-served by rail.  The first underground (U-Bahn) line opened in 1971, and the U-Bahn network has gradually expanded since then.  The suburban rail (S-Bahn) system passes beneath the city centre in a tunnel which opened in 1972.

The tram network used to be more extensive, but has progressively shrunk as the U-Bahn and S-Bahn have been developed. 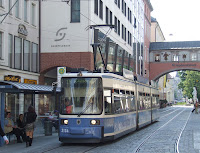 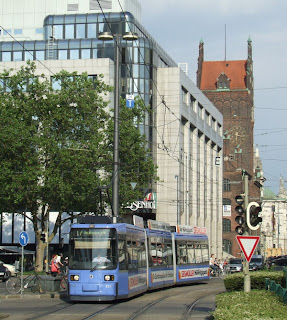 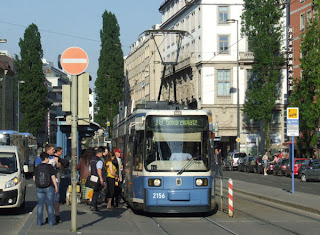 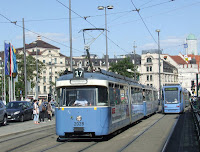 As well as the lines serving the city centre, pictured here, a further 4 lines operate further out.

Buses in München are a mix of standard single-deckers and bendy buses. 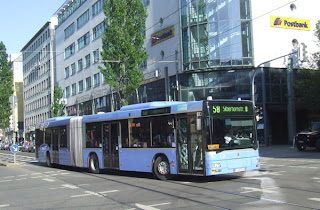 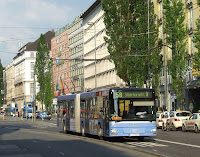 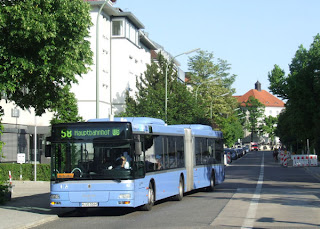 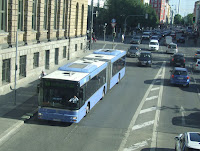 Both types operate into Marienplatz, right in the heart of the historic city centre. 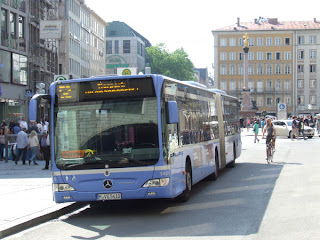 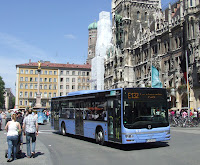 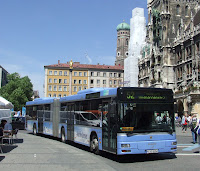 Buses leave Marienplatz through an arch – the bendy buses make a sharp right turn as they exit from the arch. 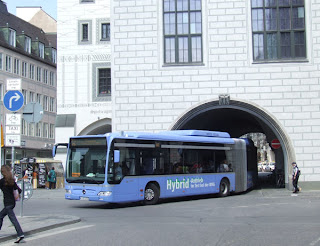 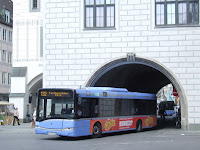 Two bus routes pass through the Englischer Garten, one of the largest urban parks in the world, which stretches north-east from the city centre. 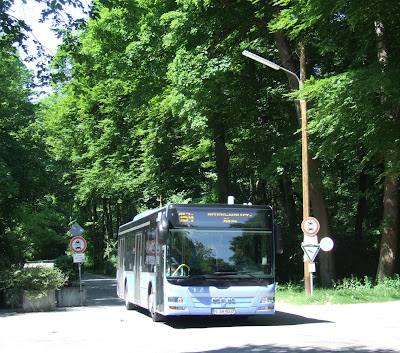 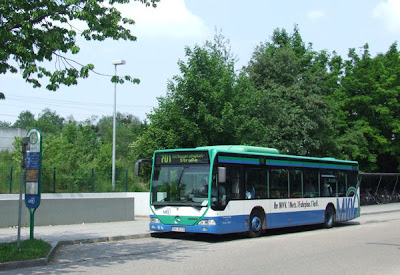 The bus network is more extensive in München's outer suburbs.  Here, the network is designed to feed passengers into hubs, to interchange onto the S-Bahn or U-Bahn.  So a passenger travelling into the city may start their journey on board a bus, but will interchange onto faster rail services to reach the city centre, such as here at Karlsfeld on the outer edge of München.

The fare structure is integral to this model, as even the single journey tickets permit interchange from bus or tram onto U-Bahn or S-Bahn.

München’s transport system is, in my opinion, a good model of an efficient, properly integrated transport system.  The slogan on the side of the bus depicted above says it all:  "Your MVV.  1 network.  1 schedule.  1 tariff." 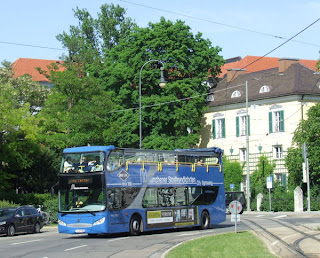 But do they have double-deckers in München?  The answer to that is yes - although, as in many other cities where I have seen them, they appear to be confined only to sightseeing tour duties.