Over 1,000 miles lie between Split, the location of my previous post, and Oslo.

The streets of the Norwegian capital are served by a tram network, supplemented a number of bus routes.  There is also a metro system.  The city transport network is coordinated by Ruter.

At the time I visited the Oslo, the city was preparing to hold its annual Mela festival.  London's bus route 12 passes the Elephant (or Elephant & Castle, to give it its full name) so for me, the photographic opportunity for a tram on the 12 passing the Elephant was just too good to miss! 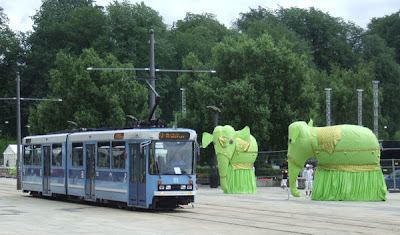 Trams carry a pale blue livery.  This image shows a tram on line 12 against a backdrop of Oslo City Hall, a building which was completed in 1950. 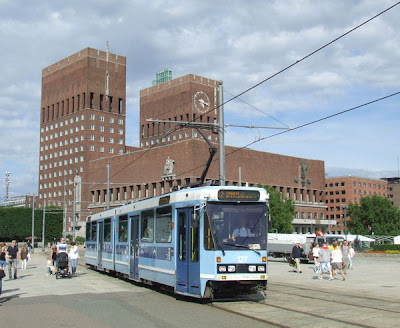 The tallest building in Norway is the Radisson Blu Hotel (Olso Plaza), which stands at 117 metres (384 feet) in height, in the background of this image showing both of Oslo's tram types. 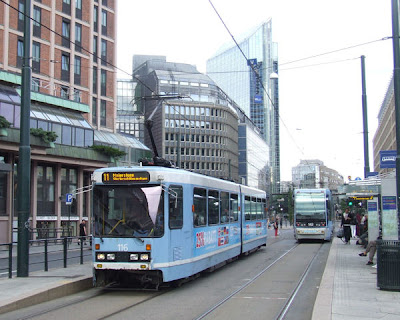 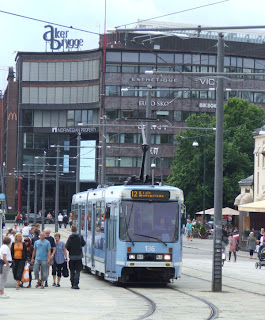 The Aker Brygge development lies on Oslo's waterfront, close to City Hall, and is served by tram line 12.

Below is a further selection of images taken around the centre of Norway's capital city. 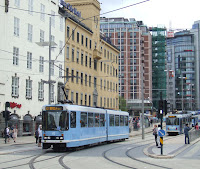 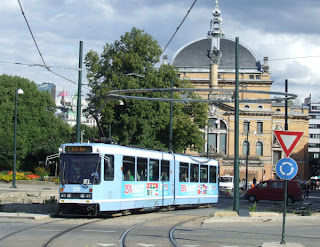 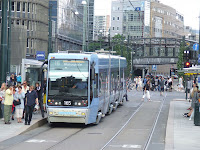 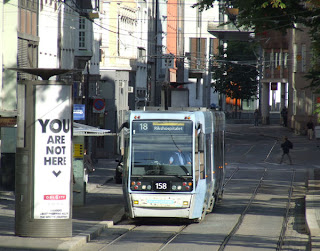 Buses on services within the city are a mix of standard single-deckers and bendy buses, wearing a red livery.  For city services, buses have multiple doors - up to 3 on the standard vehicles, up to 4 on the bendy buses 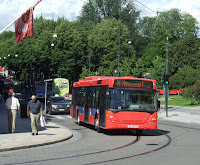 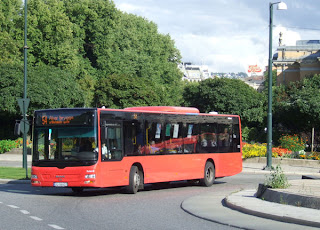 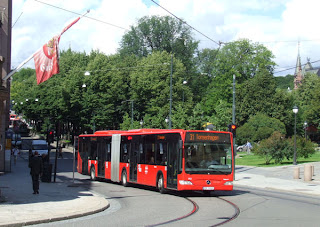 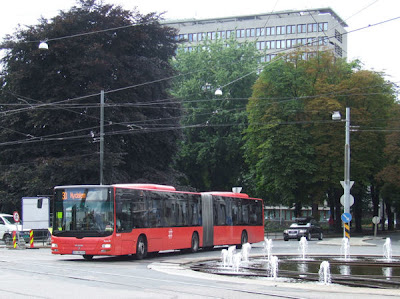 Route 30, operated by bendy buses, proved to be an interesting journey, heading along country lanes to terminate at Bygdøy.  This image shows a bus on its return journey, passing Solli where tram tracks pass through a fountain.

The fountains stop when trams approach 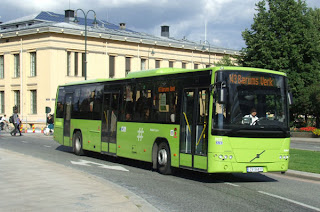 I visited Oslo in August 2010.  Being high summer, many people are on holiday – so the public transport network runs to a reduced timetable.  It’s an interesting idea.  I imagine it means fewer staff are required to operate the high summer service, which enables a greater number to take their holidays at the same time as the general population.  Could such a family-friendly idea work for city transport networks here in the UK?

Having a reduced requirement for buses and drivers meant that resources were available to operate a replacement service over part of tram line 13, which was part-suspended for works. 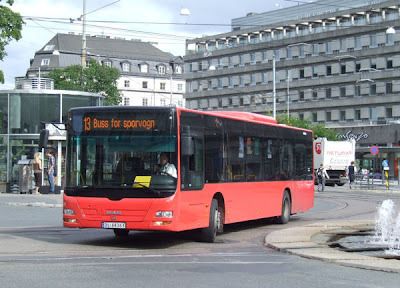