Lying near the mouth of the Rhine, the city of Rotterdam is Europe's largest sea-port.  Home to over 600,000 people, the city's transport system comprises buses, trams and a Metro. 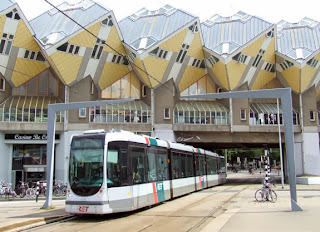 The Cube Houses, at Rotterdam Blaak, are a quirky sight.  Two of the city's tram lines serve the stop at Blaak. 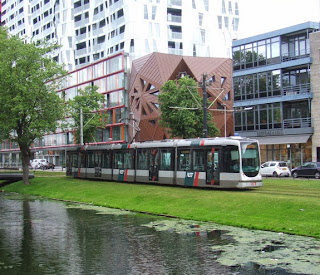 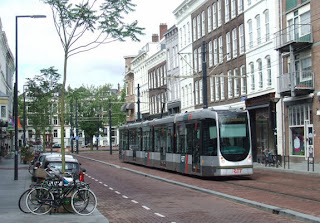 Although much of the city was destroyed during the Second World War, some older parts of the city survived. 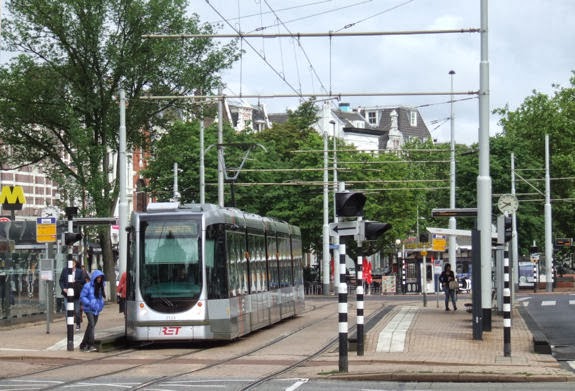 The tram lines are operated by RET as are the city's buses.  Many of the bus routes stay in the suburbs, where they act as local feeders to the Metro. 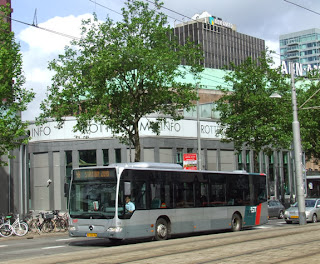 Eight bus routes make it into the city centre.   When I visited Rotterdam in June 2013, these were operated by a very standardised fleet of two-door single-deckers. 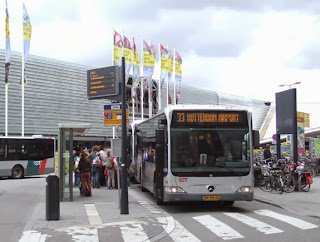 Six of these routes terminate at Rotterdam Centraal station, an interchange hub between bus, tram, Metro as well as local, national and international train services. 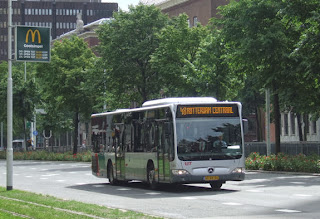 In the UK, buses built since 2001 are required to comply with a number accessibility regulations.  One of the UK regulations is that the destination display is in upper and lower case characters, rather than all upper case.

What applies in the UK doesn't necessarily apply in other countries.  Rotterdam's buses display their destinations in block capitals.  In my opinion, this can make them more difficult to read.

Longer-distance bus services to places further afield, provided by other bus operators, don't reach the centre of Rotterdam.  They terminate at suburban interchanges, connecting with the Metro to and from the city centre.

RET's ticketing uses the OV-Chipkaart, the national smartcard for public transport in the Netherlands.  Single fares on RET services are calculated using a flat rate plus a variable rate according to the distance travelled.  Transfer between bus, tram and metro within 35 minutes does not incur a further flat rate.  This includes transfer to or from buses of other operators.  At the time of writing, the flat rate is €0.86, with a further €0.132 per kilometre within Rotterdam.  So a five-kilometre journey would cost €1.52.  Different rates may apply for journeys further afield beyond the Rotterdam boundary.  For passengers paying in cash, a flat rate single ticket valid for one hour is sold on board buses and trams.  At 2013 prices, this costs €3 and is therefore likely to work out much more expensive than using an OV-Chipkaart.

As well as the bus, tram and Metro, there are also a number of riverboat services across and along the Nieuwe Maas, which flows to the south of the city centre.  These are provided by Aqualiner and Waterbus (both websites in Dutch language only), along with a ferry provided by RET at Hoek van Holland.  Special fares apply on the riverboats, and the OV-Chipkaart isn't valid on them.