The city of Ljubljana, with a population of around 280,000, is one of Europe's smaller capitals.  It gained capital city status in 1991, when Slovenia gained independence from Yugoslavia.  The city centre is quite compact.  Streets in the very centre of the city are pedestrianised. 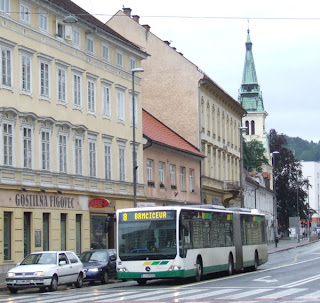 Trams once operated in Ljubljana.  However, in postwar years the city grew rapidly.  Rather than extending the tram network, trams were replaced by trolleybuses.  Ljubljana's last tram ran in 1958, but the trolleybuses lasted only until the early 1970s.  Since then, Ljubljana's public transport service has been provided entirely with buses.

The bus network is operated by Ljubljanski potniški promet (LPP).  The bus fleet is quite modern, with the majority being low-floor articulated vehicles.  The articulated buses have 4 doors as standard. 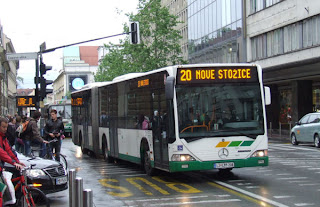 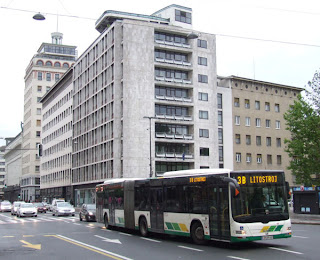 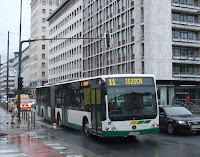 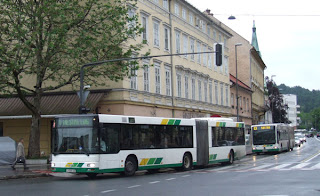 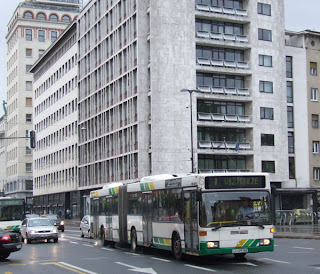 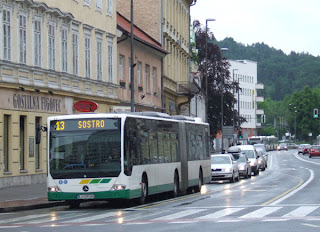 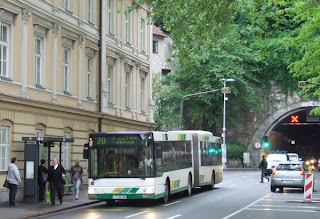 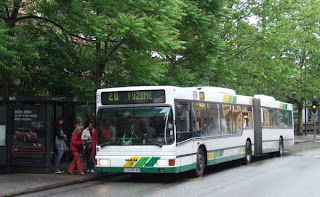 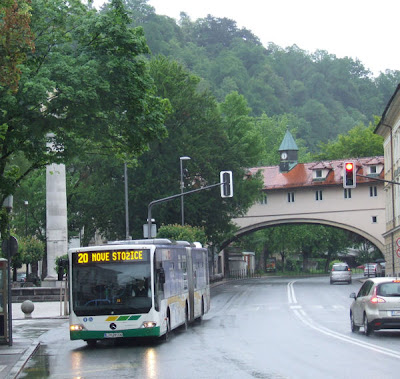 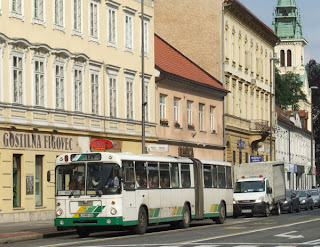 There are some older, high-floor articulated vehicles too, although these are in the minority. 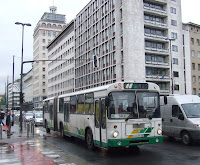 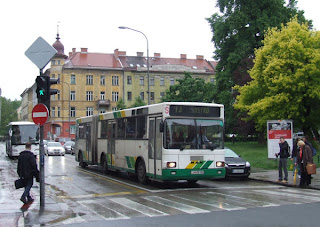 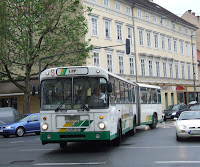 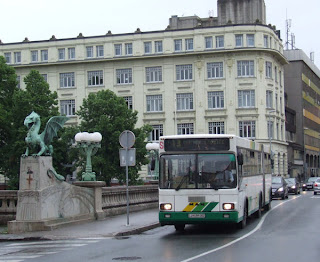 The dragon is a symbol of Ljubljana.  Four dragons guard the Dragon Bridge (Zmajski most) in the centre of the city. 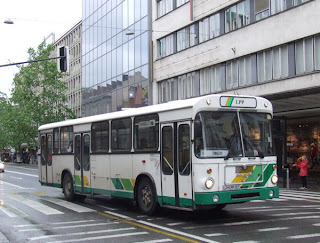 Not all the buses in Ljubljana are articulated.  There are also some standard single-deck buses, ranging from older high-floor to more modern low-floor.  All of those which I saw had 3 sets of doors. 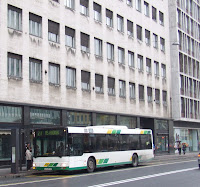 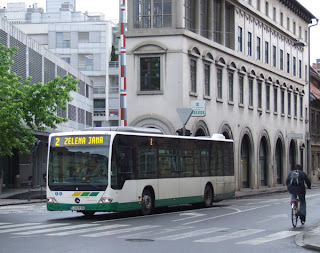 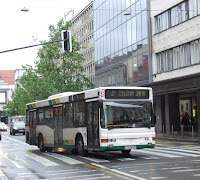 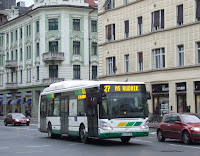 It is worth noting that although many of the low-floor buses are accessible to people using wheelchairs, not all are. 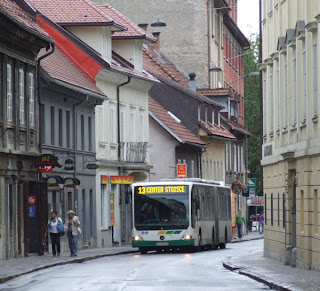 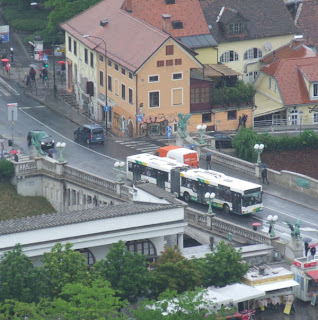 Ljubljana's fare system is based entirely on smartcard technology.  The buses themselves are entirely cashless with no fares being collected on board the vehicle (an arrangement I have also observed in the Slovakian capital, Bratislava).  Smartcards for use on the buses are sold at various outlets around the city.  Passengers can either buy a season ticket, allowing unlimited travel, or use "pay-as-you-go" credit to pay for single journeys.  The single fare allows passengers to interchange between buses for up to 90 minutes at no additional charge. 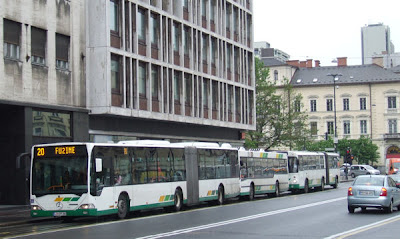 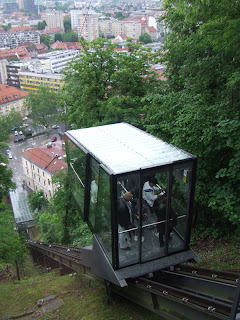 Although buses provide the public transport service throughout Ljubljana, there is one rail-based system in the city.  The city centre lies in the shadow of a hill, with Ljubljana's castle perched at the top.  A funicular lift climbs the hill.