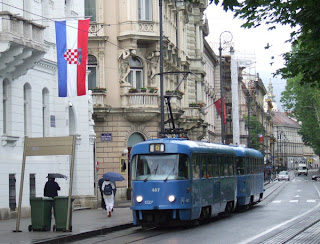 This will be a significant year for Croatia, which is due to join the European Union 6 months from now.  I have previously looked at the city of Split on the Croatian coast.  This post looks at the transport system in the capital, Zagreb.

Trams form the backbone of Zagreb's city transport system.  A network of 15 routes caters for more than two-thirds of the passenger journeys made on the public transport network. 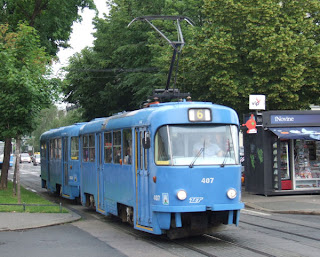 The older trams in the fleet date from the days when Croatia was a part of Yugoslavia. 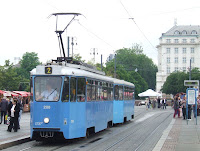 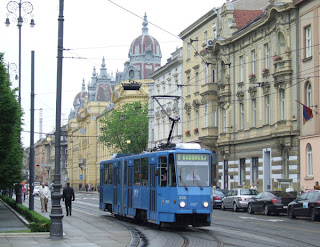 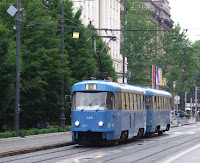 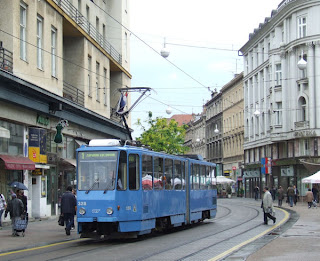 The older trams have been joined by a large number of modern low-floor vehicles. 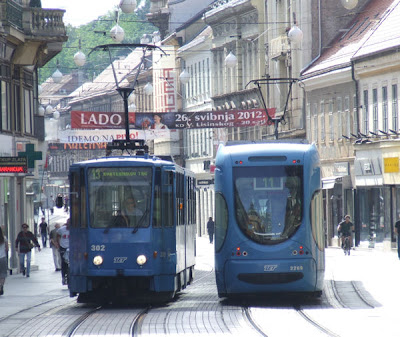 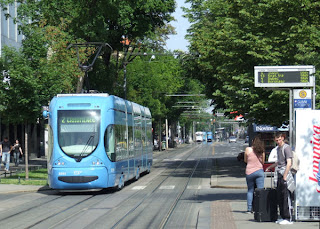 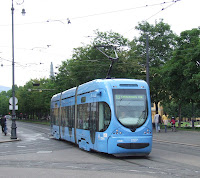 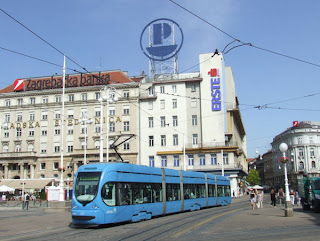 This image (left) was taken in the city's central square, which is otherwise pedestrianised. 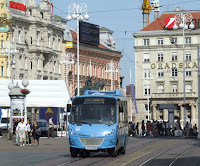 The only bus I saw in the heart of Zagreb was this minibus, which appeared to be operating a service for tourists.


There is quite an extensive network of bus routes, but most of these are in the suburbs.  A small number of bus routes does reach in to the edge of the city centre, particularly to Kapitol Square, alongside the cathedral.  From what I saw when I visited in May 2012, the bus fleet comprises modern low-floor vehicles, with a mix of standard and articulated buses. 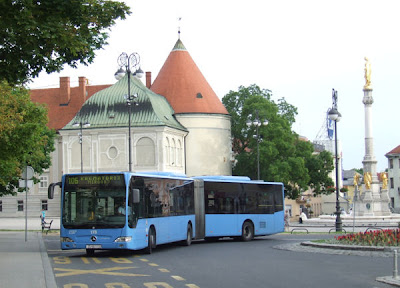 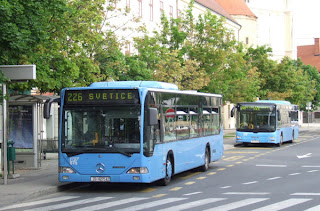 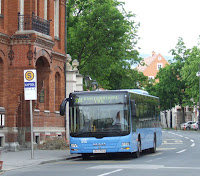 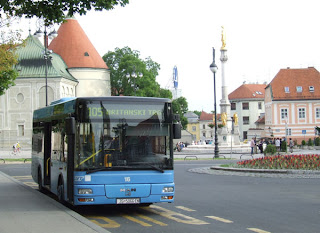 
There is one further transport system in central Zagreb.  The city centre is at the foot of a hill.  A funicular lift links the lower town to the upper town.